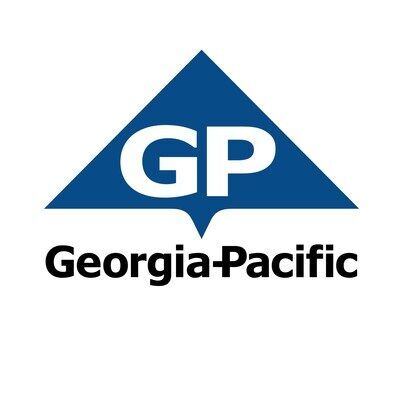 “Even in the midst of this pandemic, we are working every day to create more jobs and expand industry in Kentucky so we can emerge with more opportunities for our people,” Gov. Beshear said. “This investment by Georgia-Pacific is significant and will allow for the manufacturing of quality, recognizable Dixie products that Kentuckians use every day. I want to offer my congratulations to Georgia-Pacific, the city of Bowling Green and Warren County for this great addition to Kentucky’s proud manufacturing sector and the state’s economy.”

Georgia-Pacific completed an 80,000-square-foot expansion of its facility in the South Central Kentucky Industrial Park, which increases production capacity for Dixie plates and bowls. The company has completed several expansions since beginning operation in Warren County in 1992, and the facility currently accounts for about one-quarter of the company’s paper plate and bowl production. Georgia-Pacific also maintains a Dixie facility in Lexington, employing nearly 500 Kentuckians in total. The company has invested more than $200 million in its Kentucky operations over the past seven years.

“This investment is about our customers and consumers, and I am incredibly proud of our Bowling Green team and excited about this growth and expansion,” said David Duncan, executive vice president for Georgia-Pacific’s Consumer Products Group. “Demand is strong and growing for our Dixie plates and bowls, and this expansion will allow us to produce more of those products that are valued for their unique combination of convenience and performance.”

Georgia-Pacific is part of Kentucky’s growing paper products industry, which in the past five years attracted 35 projects, bringing a total of nearly $400 million in new investment and 734 announced full-time jobs.

Bowling Green Mayor Bruce Wilkerson said he hopes to see even more expansion in the future.

“We celebrate with Georgia-Pacific on its expansion completion,” Mayor Wilkerson said. “Georgia-Pacific’s global footprint is seen right here in Bowling Green; we are proud to have them here and are excited for their continued growth.”

“Congratulations to Georgia-Pacific on this great project. This expansion will have a tremendous economic impact in South Central Kentucky,” Judge/Executive Buchanon said. “We are grateful for businesses like Georgia-Pacific that continue to invest in our community and our economy.”

“Georgia-Pacific is a valuable operation in the South Central Kentucky Industrial Park and a tremendous asset to this community,” Bunch said. “They are an integral part of our region’s diverse economy. We are excited for the completion of their expansion and look forward to their many more years of success in our community.”

A detailed community profile for Warren County can be viewed here.

Information on Kentucky’s economic development efforts and programs is available at. Fans of the Cabinet for Economic Development can also join the discussion at facebook.com/CEDkygov, on Twitter @CEDkygov andLinkedIn.

Read about other key updates, actions and information from Gov. Beshear and his administration at governor.ky.gov, kycovid19.ky.gov and the Governor’s official social media accounts Facebook, Twitter and YouTube.